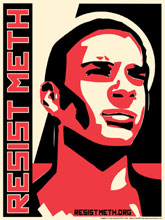 The Resist Meth social marketing campaign was developed by Better World Advertising
(BWA) for the San Francisco Department of Public Health (DPH) and launched in June 2007.
The goal of the campaign was to reduce the spread of HIV among gay men in
San Francisco by addressing usage of crystal methamphetamine in the target population.

Meth use has been shown to be highly correlated with increased unprotected sex in men
who have sex with men, and corresponding increases in HIV transmission. The campaign
sought to impact community norms around meth use and to promote greater awareness of
the problem and community mobilization to address it. 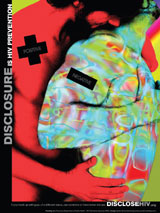 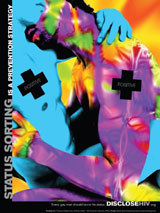 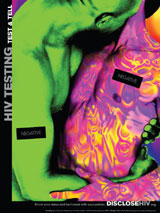 This campaign was developed to help support the Disclosure Initiative, a community-wide project of the HIV Prevention Services Branch of the San Francisco Department of Public Health which offers counseling referral services for people seeking assistance with HIV disclosure.