Transmales who have sex with males (TMSM) are an emerging HIV risk population. On December 13, 2010 The HIV Prevention Section in collaboration with the HIV Prevention Planning Council and Magnet heald a community forum about the HIV prevention needs of TMSM in San Francisco.

The HIV Prevention Section’s Request for Proposals (RFP) 21-2010 “HIV Prevention Programs for Communities Highly Affected by HIV” was released on November 17, 2010.  The complete RFP package can be downloaded from the following site:

The estimated release date for the RFP is November 17, 2010. This date is tentative and is subject to change. Applications will be due in 2011.

This update is offered in response to community and provider inquiries about the HIV Prevention Section’s request for proposals (RFP).

The following timeline is subject to change. We will provide an update if we anticipate any changes.

We are aiming to release the RFP in November 2010. Applications will be due in 2011.

We are aware that HIV Health Services (HHS) will also be issuing an RFP in 2010. We are working closely with HHS to ensure that proposal due dates and other key dates do not conflict, in order to minimize the burden on applicants.

The San Francisco Board of Supervisors voted 10-1 on Tuesday, July 20 to pass a $6.5 billion budget that includes a total of more than $1 million to restore funding related to HIV/AIDS and youth. More

The National HIV/AIDS Strategy demands unprecedented levels of coordination among Federal agencies, state and local government and community groups to achieve our goals. This plan outlines the steps the Federal Government will take to implement this strategy. Federal Implementation Plan

Also, on July 13 2010, President Barack Obama issued this memorandum to the heads of Federal agencies and departments regarding the implementation of the National HIV/AIDS Strategy. President’s Memorandum to Federal Agencies

Pprovided by the Kaiser Family Foundation

On February 24th, AIDS Office Counseling, Testing, and Linkage Staff, Native American Health, and Tom Waddell Health Center staff provided over 100 HIV tests at Project Homeless Connect. Many participants had not been tested for many years before the event. Because of the simple oral swab and the 20 minute wait for “Rapid Test” processing, 96% of those tested received their results on the same day. 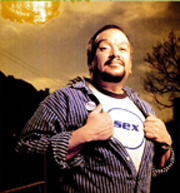 It is with sadness that we recognize the loss of our friend and colleague Marcel Miranda. A celebration of his life will be held on Sunday, January 24, 2010

H1N1 swine flu is a new influenza virus causing illness in people. It was first found in people in April 2009. Swine flu has caused illnes all over the world, including San Francisco.

HPPC is Recruiting for New Members

The Membership/Community Liaison Committee of the HIV Prevention Planning Council (HPPC) has reopened the recruitment of new members among these several targeted populations:

If you are interested or know of someone who is interested, please apply by filling out an HPPC membership application by 5 PM on August 28, 2009. The only requirements for membership are that interested individuals live or work in San Francisco and can commit 7-10 hours a month to HPPC business. We encourage anyone to apply who is committed to HIV prevention and willing to contribute to the work of the Council.

On August 3rd, the CDC released updated national estimates of the annual number of new HIV infections in the U.S. The new analysis discovered that there were about 56,300 new HIV infections in the U.S. in 2006, about 40% higher than the CDC’s estimates for each of the previous few years. The study did not calculate the total number of U.S. residents living with HIV/AIDS, although such estimates are expected soon.

In 2007, four HIV prevention agencies participated in a qualitative evaluation/story-telling project, where they worked with researchers to tell the story of HIV prevention through the voices of staff, volunteers, and clients. The Project STOREE Qualitative Evaluation final report is now available.

Today, MTVu and the Kaiser Family Foundation, in partnership with POZ Magazine, unveiled “Pos or Not” an online game that challenges stereotypes and breaks down the barriers that may prevent people from talking openly about HIV/AIDS, getting tested, and using protection. It also provides users with HIV prevention information and local HIV and STD testing resources. Full Story

SFDPH publishes research paper, looking at HAART use and HIV transmission risk among individuals who are HIV infected and recently released from jail. View research paper

The HIV Prevention Section is holding a series of community meetings with the residents of various San Francisco neighborhoods to discuss current prevention efforts, and to gather community input and feedback on potential future prevention strategies. For more information, call 415-554-9000.